Skip to main content
Posted by The DoorwayTo January 15, 2016 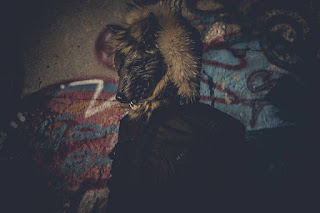 1.Duncan tell us how Flowers for Bodysnatchers came to be and what was the original behind it?

Flowers for Bodysnatchers came to be early 2011 after my other project The Rosenshoul had some down time. I was looking to approach this new project with a more cinematic appeal and flexible medium. IÕd been approached to score two short film soundtracks earlier that year, ÒLast SnowÓ and ÒEverybody Dies In UtahÓ. And from that Flowers for Bodysnatchers has slowly found its footing on the fringe of the Dark Ambient genre.

2. Tell a bit about Aokigahara forest and what was it like recording in and around the forest?

Aokigahara forest is a dense and unforgiving yet remarkably beautiful place. A forest so dense in parts it blocks out all sound creating an audio void of sorts. An environment you can add your own sounds to. It was both peaceful and haunting. All the field recordings on the album were taken from Tokyo on the journey to Aokigahara.

3. I have to ask did you see any suicide's or bodies will doing so.

No there was nothing morbid or grotesque to be seen. Although the entrances to the forest are signed asking people to rethink their choices. To think of loved ones and family before entering the forest with the intention of taking their lives.

4. There is such a chilling cinematic element to your new album. How was it layered and produced?

All ten tracks are built on top off field recordings that start off in Sumida, Tokyo and end in Aokigahara. So you follow an actual journey and from there IÕve put myself in the shoes of someone taking that journey that ultimately ends in life or death. The thoughts that run through their mind and the choices theyÕve made that put themselves in that position. The album needed to expand out of the Dark Ambient genre into Industrial, classical and back to cover the range of feeling and emotion required to make the album work.

5. In four simple words tell me how to describe Flowers for Bodysnatchers?

6. What is the experimental / ambient scene like in your area?

Non existent! Although Robert Rich recorded ÒNestÓ not far from where I live.

7. What artists are currently impressing you?

Mica Levi impressed me greatly with the soundtrack to Under The Skin. Delicately manic I found it to be. Zacarias M. de la Riva and Krister Linder I also enjoy. Wordclock and Ugasanie recently released two very enjoyable albums also through Cryo Chamber.

8. If you could make a long form video to go with Aokigahara would you ?I feel it would be a wonderful companion.

Yes I would. In fact IÕve had several people approach me saying the album would have made for a better film score than the two recent films that have been released dealing with Aokigahara Forest.

9. Duncan do you create music outside of this project?

I do have another musical alias. Essentially a two person Industrial Dark Ambient project called The Rosenshoul. My good friend Shiro Takehiko and I have been working together on and off since 2002 and have produced six albums.

10. How did you come to work with Cryo chamber?

Simon Heath founder of the label approached me mid 2014 I think it was asking if IÕd be interested in releasing through the label and Aokigahara just happened to be the right album at the right time and the label picked it up.

11. What are your thoughts on 21st digital media ? Is it a new frontier or cluttered mess?

ThereÕs certainly a lot to weed through. The digital age has made it extremely easy to access many kinds of digital media. And extremely easy for people to produce material thatÕs good, great and extremely bad. And you get what you pay for. It can take me months even years to assemble the material and write songs. Something anyone with a computer a Digital Audio Workspace and some loops theyÕve download can hash together in a few hours.

12. Where do you see future releases heading stylistically?

There is a companion piece to Aokigahara in production at the moment but thatÕs some time away before release. It feels like a natural extension of Aokigahara taken from a different P.O.V. Essentially looking at the other side of the same coin so to speak. A more personal journey to explore.

13. Are you a fan of social media or is the mystery of an artist more important in 2016?

Social Media is a necessary evil in this day and age. ItÕs both a welcome addition to our arsenal and a great way to communicate with fans. But if you keep your distance just enough you can keep an air of mystery to yourself and work.

14. Thank you for the time any closing thoughts here.

Thank you very much for the chance to chat to yourself and readers. Just keep up the support for the industry and music and weÕll keep producing the best material we can!