Skip to main content
Posted by The DoorwayTo January 27, 2013 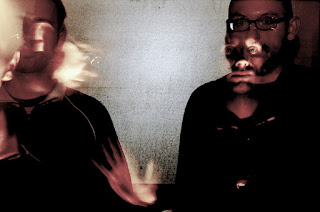 1. For those of us new to Echoes of Yul tell us about how the project came be?

Origins of EOY are in the late 90s when I was part of a duo called Yul it was very strange mix of drone/electronica/noise. We split up I  focused on other musical projects and then got back to these ideas when I started Echoes few years after.

2. The music is mix of Post Rock, Ambient and Drone elements .
Very much experimental style. Is this what Echoes of Yul early material is like?

I can`t see much difference between early and present stuff. Echoes of Yul has always been about being experimental. I love to mix different sound ideas in one thing, experiment with sound sources, effects, recording techniques such field recording etc. I  have a second project where I create ambient/electroacustic/white noise stuff . This is some kind of testing ground and this ideas still seep into EOY.

3. How did you come to work with Avantgarde Music. I legendary label for Doom and Black metal over the yrs?

Roberto from Avantgarde asked if I would like to release new material on his label. I was not really sure that this kind of musical expression really fits to his label, but he is really open-minded guy. And finally I think EOY is a good addition to widen his label in different take to “doom” music.

4. Echoes of Yul being from Poland you have a rich history of mixing electronic, ambience and metal with bands like Profantum and Darazmat etc.. Do you feel Poland is a hotbed for more crossover sounds that we don't even know about?

Great that you see Poland in that way. There’s a lot of fantastic bands worth checking out. Most of them hidden in underground. The music scene, especially experimental/metal/electronic has so many shades. And it has quite strong background of listeners, zines etc. Definitely the buzz is growing with more crossover sounds.

5. Does Echoes of Yul Perform live at all or is it a studio creation?
EOY is mainly one-man creation and is rooted in the studio.

Anyway I enjoy playing live inviting additional musicians. Matek Czech, who is second member of EOY as a live drummer and was very helpful in the creation of “Cold Ground”, agreed that we should play a few gigs this year. So this it`s only a  matter of time and, of course, invitation.

6. I really love the layers of loops and samples mixed with a very Post Rock/ Post Industrial feel. You remind me a lot of what Swans, Neurosis , Mogwai and Canaan have been creating of the yrs. That mood and feel. How was the album arranged?

Thank you. Some of the bands you mentioned were very inspirational some days. I wanted to move from rather monolithic sound of first record to more spacy territory. Vary the moods and make them more cinematic and in some way more “visual” for the ears. Finally I had about 25 tracks and it was a tough decision to have to drop some of the material, because some were "too big" or "too layered", or simply just not quite "Cold Ground" enough.

7. Do you see a more metal or indie/industrial fan base enjoying what you create.

I know that this is rather niche music. So surprisingly there is a vast array of listeners, a huge spectrum from indie to japnoise/blackmetal fans. Definitely the unorthodox attitude is the key.

8. What are your thoughts as a band of the modern digital age. are you a fan or miss print zines, albums and traditional indie radio?

Ha,ha I`m a caveman - I remember tape trading and still prefer “the real thing” than digital file but you know this is only a format i`m very far from speaking ”mp3 is bad go buy our album”. You have to accept it, printed zines became blogs and radio stations moved to internet too it is natural evolution to digital era... mp3 or flac was and i guess it still is the most accessible format, just like a cd or cassette, but when you are a caveman that adjustment will be slow. You have also things like Bandcamp or Bigcartel, fantastic tools for independent musicians.

It`s quite love/hate relationship. It is definitely sign of times to use Facebook (as Myspace few years ago) to promote band, to reach other people and magazines/blogs etc. Great thing is that almost everything is in one place, you don’t really need a website but on the other hand it has horrible tendency to treat everything as short-lived news in the continuous stream of bullshit and trash. It is confusing knowing that your new track is presented between pictures of cats.

10. Were do you see the music of Echoes of Yul heading?

I`m currently working on new material and as far I see new record is dirtier and meaner than everything I recorded previously. In fact over the last two years  i've been working on a another record which is over one-hour long single track and that`s a beast: hundreds of layered guitars in very specific “sacral”, minimalistic but heavy way. Hope i could release one of these records this year.

Thank you for your time and interest, best regards to all AZM readers