Skip to main content
Posted by The DoorwayTo December 23, 2012 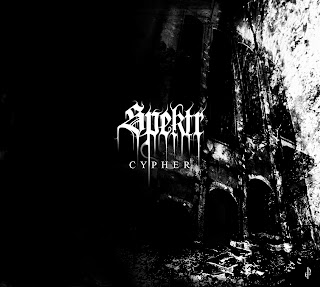 Ok at times I get excited about releases even time I think something is above the rest but with Spektr they have added 3 of my favorite genres in to one band Post Black Metal, Triphop and Avantgarde Prog rock all into a pot of just down right damn sickly beauty. If you can image just for a moment MZ412, KVIST, MANES and Xploding Plastix all creating something this side of stunning. Its Metal, Jazz, Electronic, Ambient and just something that is making me tingle right now. Agonia remember this band as I'm sure it will be a very fringe seller but this is how you get a diehard fan base for your label. Spektr has no vocals at all other then odd loops from time to time.  The French have done it again in the underground with Cypher this duo known as Spektr has change music for me forever more. Its like hearing Arcturus or Devil Doll for the 1st time its a musical reawakening going on here ... 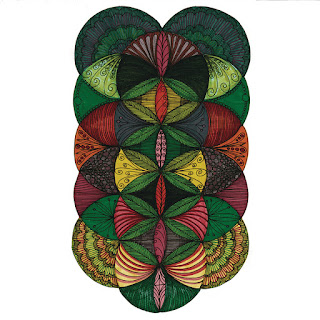 Finnish Jazzy Prog Rock that comes straight out of the late 70's here. If you like that sound then this is going to be one of those Desert Island Discs for you. Sammal has a heavy groove but in the same way bands like Genesis did with Gabriel on vocals or Camel did or dare I even say Kansas in the way this is presented to the listening. Sung fully in Finnish is just an extra touch of coolness to me as well. Love the Organ and Guitars how they interplay and the bass and drums keep that complex driving rhythm going on and on. Svart is one of those labels like  Exile on Mainstream that just keeps on impressing as they have no boundaries its just anything with a Heathen or Nature based Ideal to it from what I can see or read. Sammal is a record that will tease and tempt you back into the days of big rock shows and thinking about the music your listening to and we always need more of that. 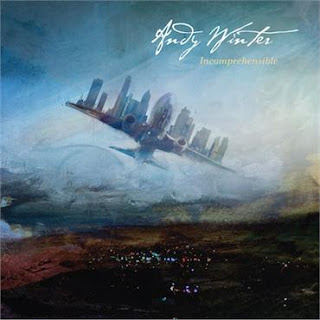 Featuring Guest Appearances By Members Of Agalloch, Borknagar, Solefald Novembers Doom, Tristania, Madder Mortem,  The Devin Townsend Project , Dan Swano & Star if Ash ... That should really say it all. This is Avant Metal from a drummer/composer of such bands as Winds, Age of Silence and Sculptured .. This is what The End Records use to be be innovative, compelling and down right cutting edge. Its fragile, dark, haunting and full of Rock, Jazz and just stylistic moments that makes you see that sometimes the most simple of sounds are really the most powerful.  If I had to say some similar band that would be Tenhi, Solefald and Madder Mortem all come to mind with this band also Porcupine Tree as this is another journey that straddles the Metallic , Prog and Post Industrial world.. Also how can you go wrong with artwork by Travis Smith the man is such artistic talent. 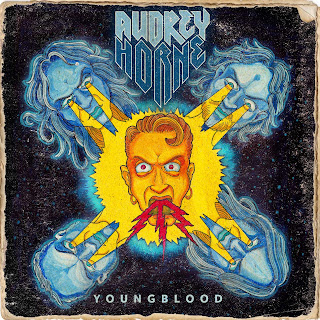 Wow Melodic Hard Rock that borders on symphonic or at least epic in its presentation. Audrey Horne has these amazing soaring guitars, driving bass, wall of drumming and Vocals that are very similar to bands like Scorpions, Iron Maiden and Early Metallica or Diamond Head. Even a bit like early White Snake. Audrey Horne is just catchy as all hell. This are sing along anthems for the 21st century . Was not ready for this to be on Napalm but then again they did release Monster Magnet last as well so maybe they are really opening there ideals on what fits the Napalm roster and with this its a big big win... 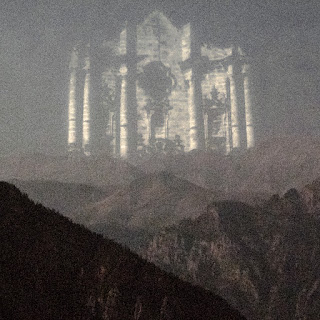 Emir Torgrul I know nothing about at all other then reading he is from Turkey. The Intro to  this album is an ambient neoclassic moment and then we goto a full on Black metal raw assault of the senses. Its actually rather muddy and very uninspiring. This project really wants to be early Burzum, Mayhem and Enslaved in the way its created and put through the echo chamber of lo fi Black metal. There are moments where its shows that it could be something and then it just goes back to the waves of blackened treble we have heard so many times before. I was really hoping for more with the intro it gave me. Yayla is really nothing more then what any one man basement black metal band did 15 yrs ago. Really upset with this album and wish it wasn't my last review of this batch..