Skip to main content
Posted by The DoorwayTo December 15, 2012 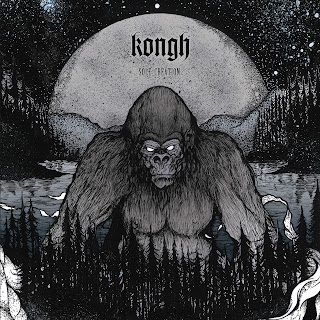 What the hell is going on here with Kongh. This band has just floored me in the 1st 3 minutes of this album Prog Black Doom is whats going on folks. From the School of Ancient Wisdom, Agalloch and Amorphis mixed with bands like Nevermore, Down and Old Mans Child this band is melodic as well in such a way that you can not forget the musical hooks going on. Kongh is Epic, Heavy, Avantgarde and Progressive all at the same time the vocals go from Borknagar  (Simen period) to full on Black Doom Growls.. The Doom is so bombastic that I just want to bow to it but then the atmospheric and Scifi Metal elements come in. Kongh is not a simple listen and nor should it be. If want a band that doesn't play by the numbers and is still Catchy as all hell look no further then Kongh... 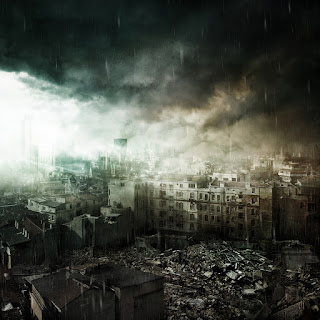 You know the drill another in a line of Prog Death Metal heavy in  complex arrangements and odd times changes . Its got the clean and growled vox, Jazz element, Avantgarde Black metal moments. For fans of Opeth, Soilwork, Old Dead Tree and Ayreon Fans. The guitar and synth work is that what will make you speechless. There is a very Celtic element going on with this band under all the layers within the base soundtrack. I hear bands like Solefald and Winds here as well its really is a great release over all . If you like the Post Metal / Swedish Melodic Metal sound. Classical movements in metal is really what this is. A Death metal Dream theater maybe is a good way to put it. Any way you say it The Advent Equation is some stellar shit and a must listen ... 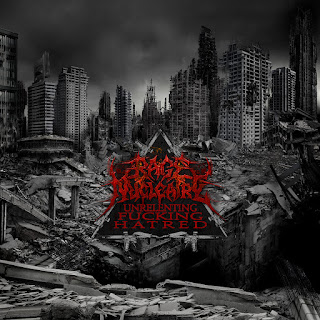 This what a call the farm team for Season of Mist a very extreme project with a more limited commerical sales appeal so S.O.M started Underground Activists limited the pressing to see if the band should be fully pushed to the Major leagues. With this band we have Industrial Black metal in the purist of fashions. Over the top Vocals, Blistering Drums of a Robotic level and The Electro Blackened guitars and synths of a band like say Mysticum or Beherit. With the sounds of war sampled in for good measure.. Lets get one thing clear this is one pissed off band and they are not here to make friends. Music like this is for those that like to be punished and seeking the most extreme of sound out there. Season of Mist has another band that will be Loved or Hated there is no middle ground here and that how Underground music should be plain and simple. 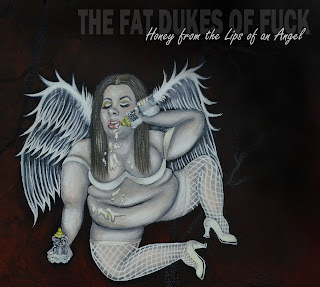 Just imagine for a moment a crude, dirty, groovetastic journey to the other side of madness this is clearly were a band like The Fat Dukes of Fuck takes you this is the bastard child of bands like Clutch, Mr Bungle, Deadhorse, Polka Cadaver etc. This could have come out on Amrep or Touch and Go years and years earlier and you would have said fuck yea there going to tour with Hammerhead, Jesus lizard or Surgery... Love this I could care less about what you think about us style of band. They do what they like and its Sleazy gutter rock with a heavy trip out punk and alt rock element that you don't hear much at all anymore. We need more bands like this. Bluesy as hell to this this son of bitch. They have that Nashville Pussy thing going on as well ... The Fat Dukes also have a vibe that a band called Liquid Jesus had as well.  Check them out this is a ride that you will not come back the same from.. 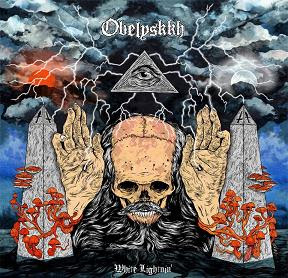 Spaced out Dronish Doom in a way that Neurosis, Pelican, Isis, Subarachnoid Space and a little band called Melvins have been creating for years. I love this damn release it has it all balls out riffs, Low end thunder, Post Hardcore screamed/ reverb to all tomorrow vocals. Band like Obleyskkh live are the type go see and you stand in one place close your eyes and just rock back and forth to the sonic majesty that is going on around you. Fuzzed out music is sometimes all the medicine you need my friends and Exile on Mainstream just get that more often then not. Here we have over an hour of complex and minimalist sounds all ready for you to never hear the same twice as each time I listen a hear more going on or the amazing places were the silence tells more then the music..