Moribund seems to find the Black metal forces in the world that are the Darkest and most occult of them all. Blood Stained Dusk is a band that has been around for over 10 yrs and have release music on such ill fated labels as Necropolis and smaller labels like Black Flame in Europe. Now housed with the mighty Moribund this amazing epic cult back metal force has the chance to get the acclaim the deserve with most songs over 9 minutes long it gives the band time to build the majestic sounds. The grim and down right creepy vocals work well with the very operatic sung vocals and the synths blended with Raw and Complex guitar lines. A strong bass sound and a drummer that can blast as well as get the atmospheric sides of percussion out there to the masses. There is a strong love of Gorgoroth going here with heavy mixing of symphonic black elements too. There vocalist Pest was in Gorgoroth and Obtained Enslavement and you can hear moments of both in here as well. The have a very Wolves in the Throne Room feeling at times as well. The Pagan fire is burning bright in these warriors souls. I like the raw sound of the drums and vocals as they work so very well with the more over the top musicial elements. Blood Stained Dusk are in the elite of USBM now my friends.

Dodsferd - Death Set The Beginning Of My Journey-CD (Moribund Cult)

Sometimes things in the black metal world are just tride and true as with Dodsferd you get what you know. Hateful raw black metal . Fast and Tortured nothing more and never any less . This doesn't change the fact that Dodsferd kick ass!. Wraith is a one man force again doing it all. Dodsferd is in love with the Motorhead school of music loud , fast and ball out with catchy noisy riffs. If you like your Black metal 1000% raw this will not be your thing but if you a fan of bands like Satyricon, Khold, Darkthrone then your going to be very pleased. Wraith sounds like the world is peeling off his skin most of the time and it just works very well here. Black metal has never been more envisioned then here.

BLACK DOOM!!!!!!!!!!!! If you are a fan of bands like Ancient Wisdom, Dolorian and Shining this is on the list of all time great bands. Greg Edwards to me is a fucking musical genius. He has done everything I wanted to do in Long Winters Stare with Necronoclast. The Epic Bleak and Saddness that one man can create is beyond words to me. This and Catacombs are 2 of the best releases ever on the Moribund label many in the genre. I do hear the Katatonia moments but Haven is so much more then this. Haven takes the saddeness and fear you have and shows you that in your world that there are so many more darker things out in the realm then just your troubles. If you don't get this release your missing out of Black Doom perfection!!!!

Industrial Hardcore Black metal from the Middle East. Now this has to be a 1st and if not how many others are there as I want to know. I don't know 100% to describe this band but imagine Atari Teenage riot, The Boredoms working with Mayhem and Beherit. The vocals are off the wall from Screams, Yelling, Sung and just Bellowing at time. The Drums and Guitars are what give it the Industrial sound as there so sterile and mechanical in nature. There are very odd noisey samples and effects going on as well. Then out of nowhere the guitars turn pure black and it sounds like an early 90's raw BM band. Ayat seems just to main men then others helping in their destiny to destroy all of the Islamic lies they feel have been told about there regions. This is cutting the boundries again in Metal and Industrial world. Moribund is becoming what The End was 3-4 yrs ago the best label period in North America. 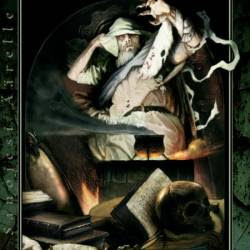 Horna is fucking Black metal. I really have nothing more to say. If you don't like the pure vemon that Horna creates then you never going to like extreme sounds period. There is no Death metal going on here. Horna is to the point and razor sharp as with this almost all of there releases. This is just like Finland itself where the mighty Horna are from. Cold, Distant and Not looking for praise. Horna are proud soliders in the war against the mainstream!!! 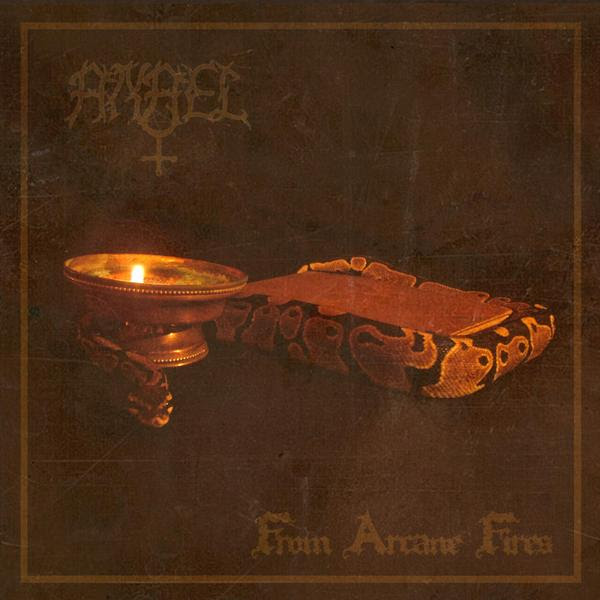 Germany seems to like to make there music about the darker side of the extreme. I'm not sure but have to go through hell in two world wars, Crusades and Tribal battles throught the centuries may have something to do with this. Anael come from Shining, Deinonychus, Bethlethem school of Dark metal. I know some will want to call this black metal but there is far too much Doom and Mid tempoed melody in this release to call it a full on Black metal release. There are a lot of strong Black metal elements I agree. Anael is much more the some of the whole then just its parts. There is a pagan fire burning again in this project that I can come to love. The guitars are huge in sound and power. The vocals are gruff and sung at the same time in that Marco (Deinonychus/ Bethlethem ) style. There is a very war like feeling to this music as well. If they Sped up at bit and added a bit more Death Metal. I would almost say there is a Bolt thrower element going on. Anael is a shining star in there roster and will bring the label even more praise then its had in the last 2 yrs. Anael is a band on the watch lists now!!!. 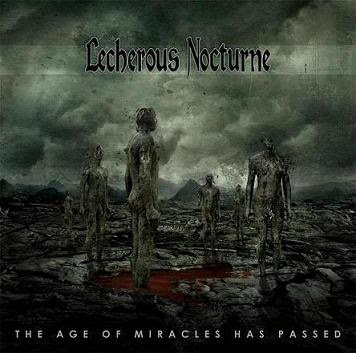 Lecherous Nocturne - The Age of Miracles Has Passed-CD (Unqiue Leader)

Death and Grind have been brothers eternal for years now sometimes it works well others its a complete cluster fuck. Well if we put Lecherous Nocturne into the area and score them. This my fine metallic friends is a big win!!! Blistering and Full of Complex riffs, Big deep and power vocal growled and screamed vocals. This is what Earache and Nuclear blast were doing in the 1990's . The drums and bass are a thunderous wall that will not let anything pass behind them so it lets the guitars shine all the more. This is so very important is good strong Death metal releases. Unique Leader roster of bands seems to be growing stronger each year and you can hear it in The Age of Miracles has Passed stellar production and statement. Just great Death metal and isn't at the end of the day what your looking for.

Hardcore meets Grind. The me this sounds like something that Victory or Ferret would want to release or throw away bands from Century Media and Nuclear Blast when the tried there hat into Extreme hardcore/ Nu Metal bands. The production is great but it sounds like 999 other bands out there. My biggest issue is any band that uses there name in the 1st 30 seconds of the song. I'm going to have to say very forgettable at best