WE INSIST- Things are so corruptible-CD (Exile on Mainstream)

To be honest with you I'm not really sure what to think of this band as its a collection of various other bands that on there own have hit or miss moments . What I hear most are mixes of For Against, At the Drive in, Alice Donut & Killing Joke. I think the vocals are an issue to my issue there very spoken and flat most of the time as the music a mix of Pop, Prog and Jazz with a Rock element seems a bit too chaotic for the vocal style going on here. I enjoy the odd horn and synth movement mixed with the almost avant rock elements. I going to say these gentlemen have a love for Frank Zappa and Polvo too as there is a strong feeling of those musical forces too. I by no means dislike WE INSIST. I just don't see myself getting over excited by them either. This would have don't much being 15 yrs ago on labels like Touch and Go or Merge...

Exile on Mainstream is a very odd label indeed them seem to very much miss the mid to late 90's US indie rock scene as to me this is electronic/ Dancey verison of bands like Melvins and Big Chief. As the add the heavy funk, rock and bizzare factor to it all as well. I'm not sure what more to say about this other then very very odd and unsettling for a more pop based record that doesn't want to be pop music. The label seems to moving very far from its love of 70's Hardrock and Post hardcore sounds of early releases . This would fit very well with modern bands like The Mars Volta etc.

So 3rd release in from EOM and they make me flat out liers!!! With Beehoover we are full on back with the ultra heavy 70's fuzzed out guitar tones and 80's heavy metal vocal style that bands like Melvins, ST Vitus and Kyuss has made so very well known. Ok lets be 100% honest this is full on Sabbath/ Melvins worship going on here and there is nothing wrong with it as they add new elements to the style and make it there own. Beehoover do add a post hardcore sound that bands like Isis or Neurosis at time and it works very well in the over all madness that Beehoover create. There ultimate love of real punk shine on several tracks here on Heavy Zooo. This the 1st out of the 3 I've reviewed that I simply love. Beehoover kicks ass!!!

Now with the 4th and final review I have for the label you throw me for another loop flu.ID is a noisy post hardcore force very similar to bands like Karp, Chokebore, Unsane, Dillenger Escape Plan. The thing is its all been done before on this sound and style so the bands doing this stuff now are just more of the same. Yes there Pissed off and manic but at what cost. I understanding loving this style and giving your expressions on it but in a time there are 1000 post metalcore bands do we really need another. Give it some time and let the world forget a bit. I'm going to pass on this.

More Post Hardcore chaos from another band that love music of labels like Ferret, Trustkill, Victory and now Relapse. Were Llynch does differ a bit is they had that post rock element of Mogwai, Mouth of the architect, Isis and Red sparrowes into it. Other then that its got the screamo vocals, Ultra heavy and prog influenced guitars , rumbling bass and offtimed percussion. I see what Llynch is doing and there very good at it and for the Hot topic crowd this will be amazing musical endevor but for a 36 yr old reviews its just another face in the crowd.

So I can see were Bands like Pelican, Mogwai, DOn Caballaros, Slint, Rodan all came from it would be this little know Dutch unit from the 80's and mid 90's that are a more metallic sounding verison of the bands mentioned. Southern Lord has rightfully So given this band its proper calling to the world on a Double CD release. I would even say bands like Earth and Boris are very influenced by this power house you would never know some of these tracks are 20 yrs old and they sound amazing and very avant even for today's standards. If I was to stray a bit I would say bands like this where very influental on bands like Melvins, Mudhoney, Soundgarden and Nirvana too as you can really hear it in the guitar and bass patterns. If you like Instrumental music on the heavy side this is a must have for you. 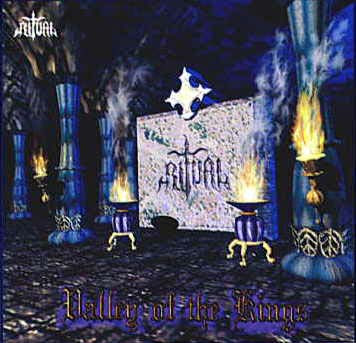 This isn't retro my friend this band is from the 70's and 80's they are the founders of the NWOBHM. IF your a fan of Iron Maiden, Saxon, Early Diamond head then Ritual is going to be the holy grail of Classic hard rock and metal sound. These two albums have been reissued by Shadow Kingdom for your listening pleasure or nightmare. This just isn't for me as I really dislike the Maiden sound and I can hear where it all came from with Bands like Ritual.

Well Shadow King is all about Retro and Classic metal as this is more Power metal with a strong does of Man o War for good measure I guess. I just see the point in bands like this the production is terrible and the vocalist is just down right horrible. Another short review as I have nothing good to say about this release either.