Skip to main content
Posted by The DoorwayTo August 14, 2014 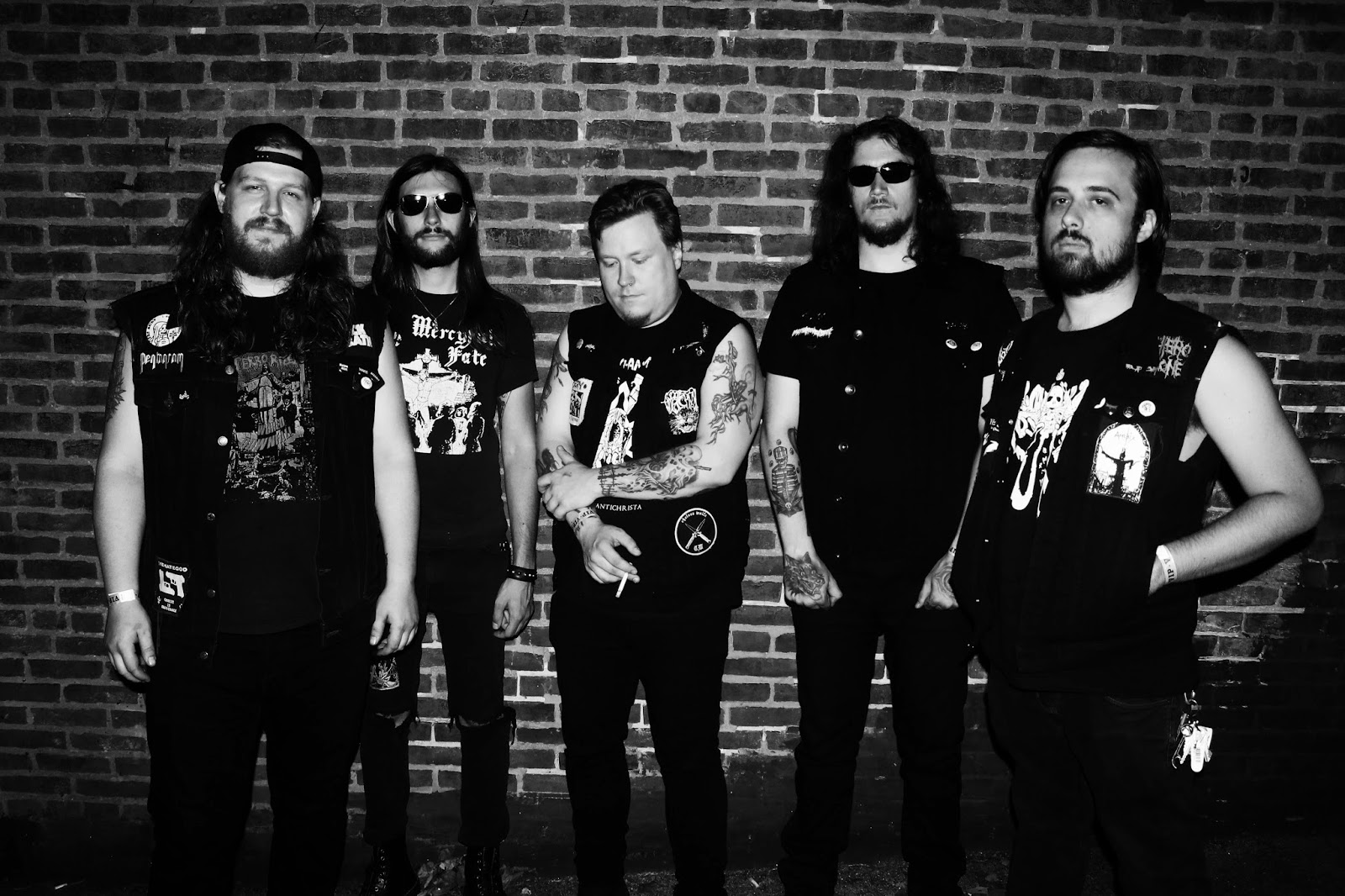 
1. Tell us a bit why so long off time between last and current Transient release?

-Lots of reasons, mostly boring. I could just cop out and say that this was just the right time to do it and not any earlier.

2. Is it hard to keep a sound or style of music with line up as fluid as Krieg's

-I want to say no but looking back at the different albums there have been several different styles and emotions throughout the years. Musical ADHD I suppose. I'm constantly exploring new genres in my own listening habits so that really bleeds in to what I'm doing musically. The different lineups help this because everyone has a different approach to what I'm writing and also contribute their own material which adds different dimensions to what Krieg is doing.

3. I know your the front man for Twilight Who have just released their 3rd and final release. That project has so much promise still . We understand the issues with Blake but why not continue on as all the other members are really the current focus of the Project?

-Because for as poisonous as Blake has been he was also a founding member and really who brought us together in the beginning so on one hand it's almost out of a demented kind of respect to that. On the other hand the name Twilight carries too much weight for us and while we will continue to work together it will not be under that name.

4. With Transient there is very much a Post Punk, Crust and Noise element what that on purpose or just a natural progression. I hear so much elements of Old Swans, His hero is gone, Killing Joke and bands like Noothgrush and Damad going on here?

-It's a reflection of my listening habits the last five years. It's also a reflection of my own personal work towards becoming a better musician and writer and some of the bands you mentioned really have inspired me to push through my comfort zone within black metal and reach out to grasp something new for myself.
5. Is there a story or theme running behind Transient?

-It's autobiographical like all my work since "The Black House" have been. Just a document of who I am right now. I go back and listen to previous records and I don't know that man, only memories. The same will happen with this one in time. The words in "Home" reflect the theme. It's my first record I've done in over ten years where I haven't been on any kind of anti depressant or any kind of drug, recreational or otherwise, really. So it's the most "human" thing I've done in some time.

6. You have worked with Several labels Blood Fire Death, Red stream, No Colours and Candlelight . Do you feel you have found a home with Candlelight? the label seems to respect you very much so...

-Time will tell. This is my last record on our contract but I haven't really thought about the future too much, which at my age is probably a mistake, but for right now Candlelight has been very supportive with this record and I am grateful for the work they are doing.

7. Where do you see the sound of Krieg morphing into as it seems to be black metal is the backdrop and you paint over that pallet with many layers?

-No idea. The postpunk influence has been there since "Blue Miasma" but didn't really show itself in full until "the Isolationist" and into "Transient". I've been into crust for a long time now, but especially the last few years I've spent a lot of time digging into it deeper. I really don't know where we'll go after this. Looking forward has never been a strong point of mine.

8.  What is currently going on with The royal arch blaspheme? another project under you belt? Its been a few years for that project in hiding as well?

-We talked about doing the third record next year. That's all I really know at this point. Whenever John has something ready for me I will be excited to do it, that project has been sort of a dream collaboration for me.

9. Krieg seems to like doing vinyl one off esp 7" release . Do you feel its a good way to expose those to bands they may not have heard and should be heard?

-I really hate the earth and I know how much petroleum is used to make vinyl so it's my contribution to climate change. Also I guess the points you made up there are true as well.

10. If there was one project or bands that Krieg could tour with and have not who would it be any why?

-I could go the selfish route and say Mark Lanegan or Chelsea Wolfe so that I could get the chance to see them perform every night but I think my ideal tour at this point would be with The Body, also for that reason, and because I think both bands are similar yet different enough to make every night something interesting for people.

11. Always wondered why Krieg does not make videos for album tracks for You tube, video shows etc?? You much would is very visual in presentation..

12. I know Neill your a big fan of Avant and Dark Electronic and Industrial music as well . There are even tastes of it on the new album.. What bands do you think stand out in the non metal extreme underground these days?

-I'm a huge fan of morose music like the aforementioned Lanegan and Wolfe but also Marrisa Nadler, Sharon Von Etten etc so I'm constantly seeking out music that's in that style but that values being interesting and evocative instead of pretentious. Vomit Orchestra is currently my favorite project in the more electronic/ambient vein, the main composer did some pieces on "Transient" and also several other Krieg releases including the upcoming split with Leviathan. I also listen to a lot of crust, hardcore and even more, I suppose "accessible" is the best term for it, punk. I suppose it's a symptom of being bi polar but I jump from moods in music like I jump emotionally.


13. Were do you see the musical landscape heading for darker more extreme music in 2014 are the days of labels and albums coming to close will music be free and the shows and merch be the bands only income or is there a way to bring back artist making music for music digital like with Google music, Spotify and Amazon etc?

-Making money in music only happens if you're already wealthy and exploiting the work of others. Most musicians now are excited just to have enough gas to get to the next show.

14. Tell us about anything else your working on musically, writing wise or artistic in nature?

-Right now I'm still working on ideas for my "Low Fidelity" column for Decibel and I'd love to get into writing for other sites. Musically I've had a lot of offers to do things but they sort of fade after awhile plus Krieg has been keeping me constantly busy this year so I don't think I would be able to commit to much else at this point. I'd love to work on a novel eventually.

15. What part does social media play in the over all promotion and view of a band in 2014 sometimes its seems bands are getting stigma's for all the wrong reasons and other can keep the hype machine in their favors even though they are snakes in the brush?

-Social media in general has the power to be incredibly positive for artists but with Facebook's new system of keeping artist and musician pages suppressed without being give a bribe...sorry I mean a "boost" financially we all have to look into other directions to help get the message out. I'm sure you mean the huge witch hunts as of late vs a band run by a scam artist who is stealing from his fans to feed his habit? Fuck 'em both.

16. Over the last two decades you've been creating music what is the one style Krieg has not tried that you would love to finally incorporate into an album?

-I'd like to train my voice so that I could do clean vocals in a non embarrassing manner and do some kind of morose passages ala Mark Lanegan, Tom Waits or Leonard Cohen. I'm working against nature here though as I have somewhat of an annoying speaking voice already and most attempts at this make me sound like I'm in a playground wearing nothing but an overcoat.

17. Thank you for the time any closing thoughts here.

-Thanks for the years of support my friend. Hope to see you again soon.