This as a very Euro Dark metal feel with symphonic moments if your a fan of Septic Flesh and Moonspell this will win you over very fast at times there are points where they sound like Nightfall as well. There is a goth element going on but never takes away from the blackened symphonic meets power metal arrangements that ebb and flow through out the release . Clean deep male vocals and the blackened growls are the vocal styles that are presented here. Some times Ecnephias comes to that My Dying bride or the more electronic period on Samael.. Over all Scarlet records has a very solid release with a band with much promise for the future. Check it out.

Yes this is going to be an odd review with an odd combo of influences and Phase Reverse as they say in write up are not quite Metal, Rock, Prog or Punk they are a sum of the whole. If you can put your mind around this for a moment and really think and listen this is what Phase Reverse are mix Shinedown, Kings X, Devin Townsend and Monster Magnet all into a pot and and you will see and here the magic of this band. They are as catchy as powerful as heavy grooved there are even moments that Chris Cornell whether its Temple of the Dog or Soundgarden or Audioslave comes shining through. Phase Reverse more metal then hard rock and more prog then rock but the groove is always there. Aural music has a major album in the works is the push it to mainstream markets. Get this it will not disappoint.

Atmospheric Black metal of the very old school northern European vein. Forteresse is not an easy listen and Black metal is something that should never been. There is a melody on the verb filled halls that this band recorded the release. Bands like Forteresse are always on one mission play bleak, fast and let the noise flow from the amps to let those from the black realms come and dance with them on their journey to the abyss. This project is not about happiness in anyway. You can feel the sorrow and pain in an album like this. Forteresse created this because they have to its what is heard in the heads of the members all the time. Its a sickness that is only relieved with letting the madness out...

Guttural Blistering Black Death almost a Black grind presentation is what is going on here . This is just punching my soul for every moment that is album is on its almost like Incantation meets Marduk and Dark throne in a fight for musical supremacy. I don't know what else to really say about this band its 20 + minutes of passion and brutality all in a very complex tonal shell. Heresiarch has taken another step to the extreme in there metallic onslaught..

Oh wonderful old school death metal you bring us a new savior for the best sound extreme metal has ever presented. If your love Hypocrisy, Dismember, Entombed, Napalm Death and Carcass  then my friends this is the album of 2011 for your as this is everything you can wish for and more the grinding bass, the full on melodic twin death metal guitars. The torn throat vocal and the drumming you only get is that late 80's/ 90's Death metal assault. Mr Death is that PURE DEATH METAL...  You need no more and will want no more bow down now.. 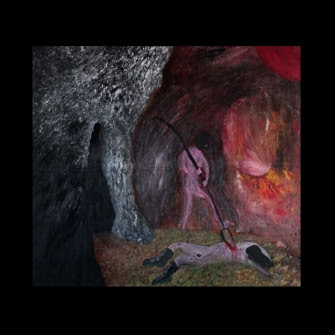 I know I'm going to be attacked for this but Fatum is one of those bands that the music is great and doomy as all hell. Those Candlemass meets Clean Gothic vocals I just hate. When the growls come in then its amazing and reminds me of  Early Novembers Doom or Cathedral which rules.  The music and non clean vocals make me love this album it reminds me alot of Early Anathema too . They seem to love that early UK Doom/Death sound and with that it is just jaw dropping. Every time those clean vocals come into play is causing me pain and not in a good way. Fatum Elisum if a review can make one suggestion lose the clean gothic vocals and your band would be up there with the Doom/Death greats...

So what do you get with members of Nidingr, Tyrant  & Nuclear Assault all in one project . You get one of the Avant Post Black metal albums I've heard in yrs. The dissidence of the vocals the very progressive drum and bass work . The vocalist is one of those frontmen that mixing low spoken, grim screams, sickly moans and full on blackened growls all sometimes into the same song. NunfuckRitual is more like Devil Doll meets Aborym meets DHG all at the same time.  They take a sound and mix in elements of Shining and Bethlehem to make this album something that many will talk about for years to come that get the chance to hear it. Do not miss out on this I've listened to three times just to get this review to a way it makes me happy. I hope we get more form them as this is truly on the forefront of metal music.

I know I shouldn't like this being its total stoner metal but its the stoner side of music I like RIOTGOD hangs the banner high for bands like  Trouble, Warrior Soul, Nudeswirl and of Course Monster Magnet being that 2  Members of The Magnet are in the band. There grooves are so heavy and sonic at times I almost want to call the The Stoner version of  " The Cult" . Metalville has another winner. If you like Kings X and Galactic Cowboys too then this is a no brainer. Get this .... RIOTGOD is how heavy rock is suppose to sound . They are made for the Arena's and a wall of amps all too 11.....