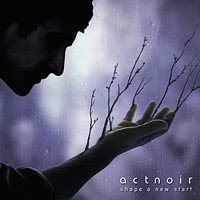 Actnoir has gone into a Radiohead meets Canaan mix I can see why Mauro who owns Eibon likes them so much as he is in Canaan. Electronic Rock with a heavy Goth/Prog rock element going on too. They remind me a lot of early Genesis , Cure and Tool all mix into one. Actnoir has become very catchy in the style of this release but "Shape a new star" was recorded over 2008/2009 so I'm not sure where they lye now. On a few tracks they sound like Six Finger Satellite (if you remember them). I really like the textures and guitars and bass sounds that happy with the very solemn vocal style. They like electronic music but in the say way more Post rock bands like Sigor Ros or Mogwai do as an accent and atmosphere nothing more. This is very cool sounding release and will impress most that hear it . This is much more a Rock album them I remembering them being. Going to make me take out my Sunny Day Real estate albums as there is something very close to this band as well now as I finish listening up to this Gem... 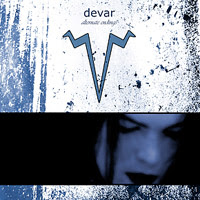 Devar is the meaning of Post Black metal where in which you mix Ethereal, Post Rock, Avant Black metal and a healthy does on Heavy rock music put it all into a blender and hope for the best . Some times this turns out to be a total cluster fuck but then you have Devar which is Doom meets post black metal in the best of the sense of the world. There is a very 70's Prog rock vibe to . The best way to express what I'm trying to get across here is imagine Marylin Mansion, Pink Floyd , DHG and Dolorian wrapped up into one very mysterious and down right excellent musical journey. The mix of Delicate, Dark, Odd ball and Aggressive all all here and most time all in one track... Devar is not for the casual listener I will warn that right out but for the more adventurous then this is right where you will need to be....

So what do we get from members of Goth Metallers (Him) and Black metallers ( Enochian Crescent) ???? Symphonic Electro Black Death is what it is. Imagine Strapping young lad or Mr Bungle gone Black metal and you will very soon understand where my words and thoughts lead you too. Daniel Lioneye is a very complex and weirdo journey to begin with and just gets much more odd as we go along. Sometimes I swear they want to Amorphis or Paradise Lost them they go back to what I spoke about. If you like that freak out Scandinavian Electro Black metal sound you can not miss. This is for fans of Solefald, Borknagar, Virus, Code etc... Daniel Lioneye is going to get a shit load of airplay from this reviewer and I would very much like to interview these freaks be on the look out for this. The really like to mix Eastern, Electron Black & Death metal into Indie wacko avant rock sounds.... Beyond words really. This is a band for The End 100%

Members of Dark Tranquility and The Provenance come back for round two on the end records this is a mix of Progressive Death Metal and Grind music that is actually more Impressive by a long shot then the new Dark Tranquility album called "Void". There is a heart and soul to this release where it sounds like there was a dark melody but to this and time was taken to craft the new Laethora.. Even with the last release there was such an epic style to what they do and the complex nature of the music and and the layers of different tones on the guitars really comes through. The vocals are very much in the heavy throat death metal style but work so well over the course. I'm very pleased to see that Laethora haven't gone off course with the first album just a progression and sometimes that all that is really needed. Swedish Death metal lives with Laethora!!!! 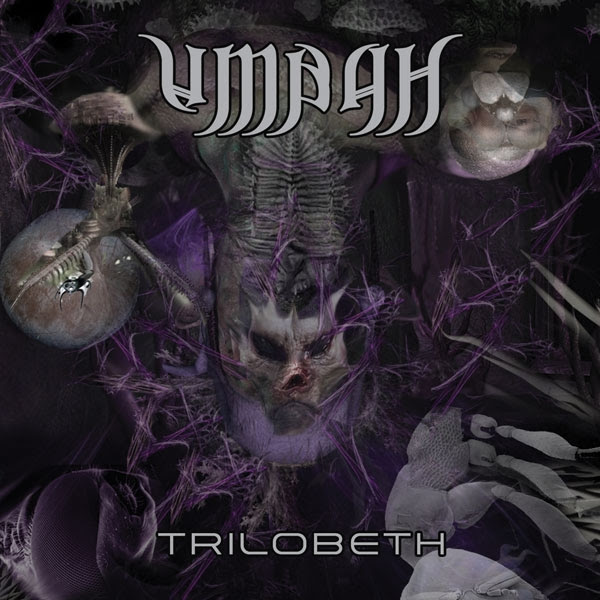 This is a very cool avant sci fi / post black metal journey you don't hear these two mixes of sounds very much . Mix Thorn. Satyricon and Immortal with Voivod, Ayreon and Oxiplegatz for good measure and you have UMBAH. There are very Industrial moments where bands like Fear Factory or Blut Aus Nord. This is a very difficult listen if you do not like this very over the top style . It will sound like electronic noise or musical overload. I really love the chaos and almost all lost of control and letting the sounds just over wash and rule the day... There is something very Samael about this band at times to esp the mid period Samael stuff. Umbah does going into some KMFDM, SWANS, SKINNY PUPPY moments as well and it all works so well. I know that I Voidhanger label is part of AMTF and you know how much I love what there doing this one if not the most interesting indie label out there today... Hydrahead, Southernlord and Moribund as right up there as well. This is just a mind numbingly powerful release and will keep me on my toes for weeks if not months to come...

GRINDCORE!!!!!!!!!!!!!!!!!!!!!!!!!!! HARDCORE !!!!!!!!!! BRILLIANCE!!!!!!!!! Do you remember the days of 1 min songs of blistering Punk, Noise, Metallic Maddness we'll here we are again with this band from Singapore. Do you like SOD, ASSUCK, ANAL CUNT, IMPALED, BRUTAL TRUTH and EARLY NAPALM DEATH then you need to get this release at all cost... Earache this is a big win in my eyes. There isn't ever enough great Punkish Grindcore ever. Ever since Slap a Ham and Bovine records disappeared... Your back you your roots as a label and found one hell of a band to bring back your style and sound in 2010... Wormrot is bad-ass over and out! 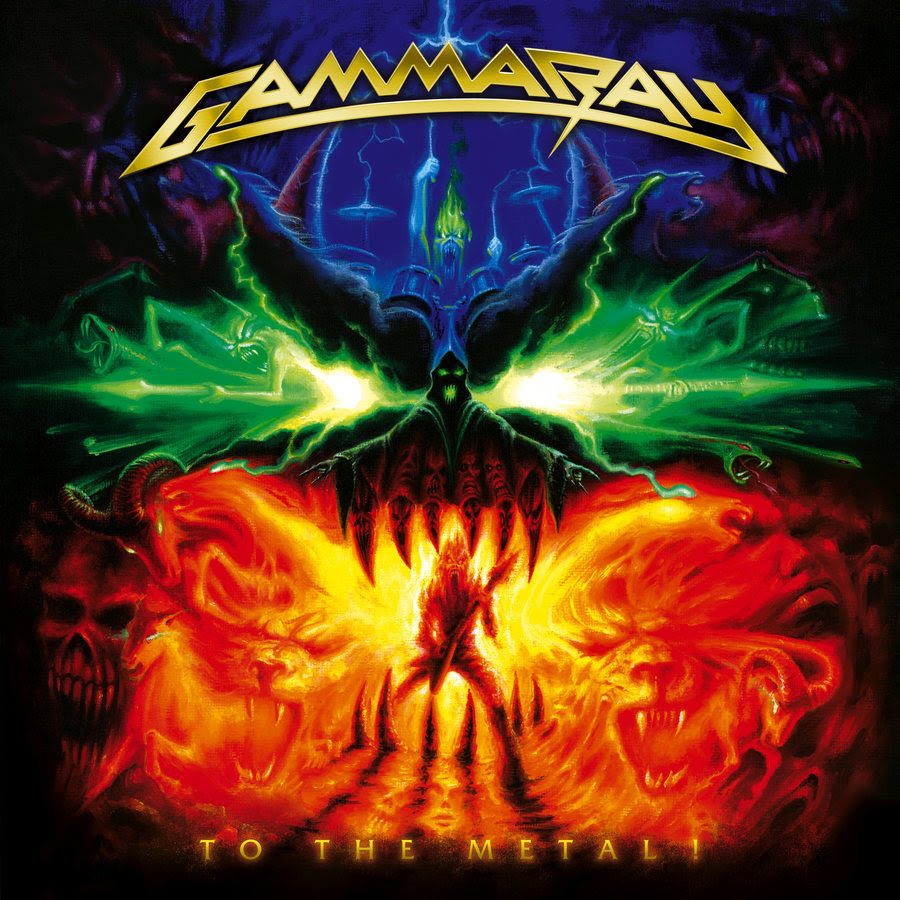 It's Gamma Ray and if after 10 albums you don't know who they are then you just never will I guess. If you love melodic and soaring Power / Classic Metal then this is the band as Gamma Ray just wave the Metal Flag as high as bands like Iron Maiden, Judas Priest, Blind Guardian and Iced Earth!. Guitars Guitars, Sweeping Synths and Pianos, Massive Bass and Drums and then the voice that 10,000 metal front men could only wish they had. What always makes Gamma Ray a bit more interesting love of Moog and Prog sounds or just the mix of 70's area rock into there metallic sound. As you all know Kai was a member of the amazing Helloween as well but this band has masterfully surpassed all they have ever done and in Europe and Asia this band is on a God like status just never took the USA by storm like they did oversea's and its a shame as this is the kind of band you want to see in a huge US arena..Long Live Gamma Ray as it just doesn't get better for straight Classic metal sound...